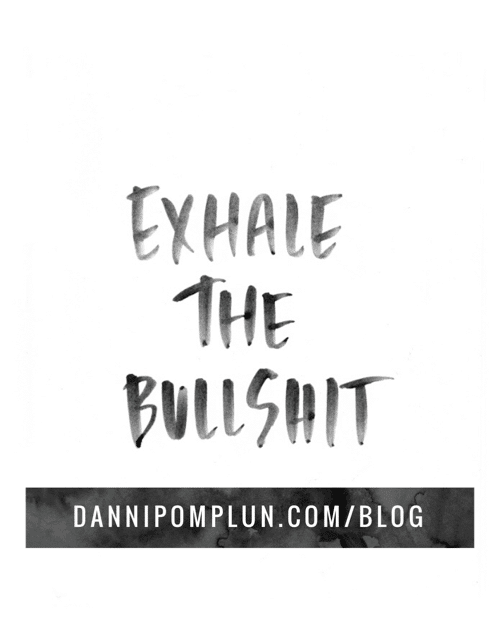 Have I ever mentioned that I want to write a book? No seriously, I do. A student of mine heard my story about growing up and my yoga journey and was convinced that I had to tell this story to others (this happen to be the same student that told me I should quit my bar job and teach yoga). So, now I have this idea in my head of wanting to write my book, but I didn’t know where to start. I called said student and said, “I want to start this project but I don’t have the tools or techniques to do it.”  She quickly responded with what I would have to do to get started.  More importantly, in her response, she said this to me: “Toss out that idea that you don’t have the tools and techniques. That’s a bunch of bullshit. You haven’t even started the project to know what you can and can’t do.” …That hit home, and I realized: she’s right. I had filled myself with the bullshit thought that I can’t or am not enough before I even started. It’s a false pretense we all do to ourselves way too often. Like a yoga practice, we don’t know what we can and can’t do until we try. But we don’t not try just because we think we can’t. So exhale the bullshit and try. Now, if you’ll excuse me, I have a book to go and write.