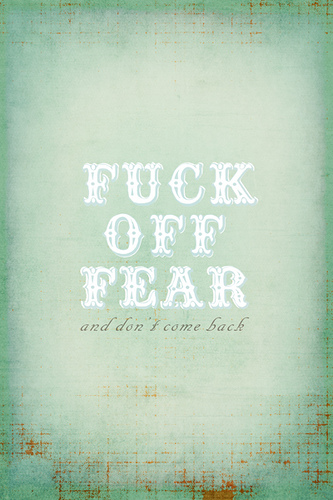 Over the last few days I had this giant knot in my stomach, it’s been twisting and turning with no sign of ending. I had to stop and take a good hard look at what was causing this “knot” and of course it was my good friend fear. He jumped right in and started playing his games with me and I of course fell right for his trap. I got stuck in his loop game for a good four days until i decided to talk to someone about it. A good friend of mine asked what I was fearful of and I replied “not being good enough as a yoga teacher.”. Her response was plain and simple “none of the good yoga teachers did”. It took a second but it all started to make sense. I had made up all these stories in my head that hadn’t even happened about how I wasn’t good enough. I decided to be vulnerable and share with some students that I had fear and not surprisingly these other humans had also experienced fear’s game. I realized in that second that the fear of being a teacher, student, or anything else you’re passionate about in life isn’t a bad thing; it’s a human thing. The trick is to not play fears game. At the end of it I flipped fear the bird and decided I’d hang out with love instead. Love is way more real than fear will ever be.